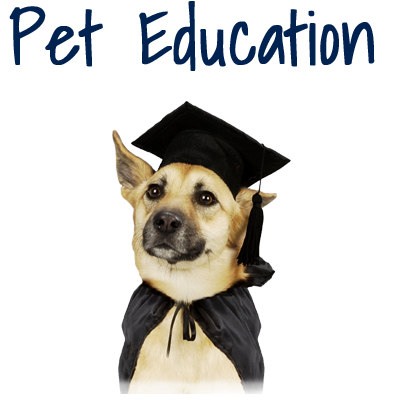 We’re here to help, this section of our website addresses a number of topics that we’re sure you’ll find helpful when looking after your best mate!

Why do cats scratch?

Scratching is a perfectly normal feline behaviour. Although scratching does serve to shorten and condition the claws, the primary reasons that cats scratch are to mark their territory and to stretch. Cats may also threaten or play with a swipe of their paws.

For cats that live primarily outdoors, scratching is seldom a problem for the owners. Scratching is usually directed at prominent objects such as tree trunks or fence posts. Play swatting with other cats seldom leads to injuries because cats have a fairly thick skin and coat for protection. When play does get a little rough, most cats are pretty good at sorting things out between themselves. Occasionally, rough play or territorial fighting does lead to injuries or abscesses that would require veterinary attention.

Cats that live primarily or exclusively indoors may run into disfavour with their owners when they begin to scratch furniture, walls, or doors, or when they use their claws to climb up, or hang from the drapes. Claws can also cause injuries to people when the cats are overly playful or don?t like a particular type of handling or restraint. With a good understanding of cat behaviour and a little bit of effort, it should be possible to prevent or avoid most clawing problems, even for those cats that live exclusively indoors.

Cats that go outdoors may be content to scratch when outside, and leave the walls and furniture intact when indoors. Cats that spend most of their time indoors, however, will usually require an area for indoor scratching, climbing, and play.

How can I stop my cat from scratching?

It is impractical and unfair to expect cats to stop scratching entirely. Cats that go outside may be content to do all their scratching outdoors, but the urge may still arise when the cat comes back indoors. Cats that spend most of their time indoors will of course, need some outlet for their scratching and marking behaviours so don?t be surprised if you come home to objects strewn all over the floor, scratches on your furniture, and your cat playfully climbing or dangling from your drapes. Therefore, while it may not be possible to stop a cat from scratching, it should be possible to direct the scratching, climbing and play to appropriate areas indoors. Building or designing a scratching post, providing appropriate play toys, and keeping the cat away from potential problem areas will usually be adequate to deal with most scratching problems.

How do I design a scratching area for my cat?

Since cats use their scratching posts for marking and stretching, posts should be set up in prominent areas, with at least one close to the cat?s sleeping quarters. The post should be tall enough for the cat to scratch while standing on hind legs with the forelegs extended and sturdy enough so that it does not topple when scratched. Some cats prefer a scratching post with a corner so that two sides can be scratched at once while other cats may prefer a horizontal scratching post.

Special consideration should be given to the surface texture of the post. Commercial posts are often covered with tightly woven material for durability, but many cats prefer a loosely woven material where the claws can hook and tear during scratching. Remember, scratching is also a marking behaviour and cats want to leave a visual mark. Carpet may be an acceptable covering but it should be combed first to make certain that there are no tight loops. Some cats prefer sisal, hessian, a piece of material from an old chair, or even bare wood for scratching. Be certain to use a material that appeals to your cat.

How can I get my cat to use its post?

A good way to get the cat to approach and use the post is to turn the scratching area into an interesting and desirable play centre. Perches to climb on, space to climb into, and toys mounted on ropes or springs are highly appealing to most cats. Placing a few play toys, cardboard boxes, catnip treats, or even the food bowl in the area should help to keep the cat occupied. Sometimes rubbing the post with tuna oil will increase its attractiveness. Food rewards can also be given if the owner observes the cat scratching at its post. Products have been designed to reward the cat automatically by dispensing food rewards each time the cat scratches. It may also be helpful to take the cat to the post, gently rub its paws along the post in a scratching motion, and give it a food reward. This technique should not be attempted, however, if it causes any fear or anxiety. Placement is important when trying to entice your cat to use a scratching post. Because scratching is also a marking behaviour, most cats prefer to use a post that is placed in a prominent location. It may be necessary to place the post in the centre of a room or near furniture that the cat was trying to scratch until the cat reliably uses it and then move it to a less obtrusive location. For some cats, multiple posts in several locations will be necessary.

What can I do if the cat continues to scratch my furniture?

Despite the best of plans and the finest of scratching posts, some cats may continue to scratch or climb in inappropriate areas. At this point a little time, effort, and ingenuity might be necessary. The first thing to consider is partial confinement or ?cat proofing? your home when you are not around to supervise. If the problem occurs in a few rooms, consider making them out of bounds by closing off a few doors or by using childproofing techniques such as child locks or barricades. The cat may even have to be kept in a single room that has been effectively cat proofed, whenever the owner cannot supervise. Of course the cat?s scratching post, play centre, toys, and litter box should be located in this cat proof room.

If cat proofing is not possible or the cat continues to use one or two pieces of furniture, you might want to consider moving the furniture, or placing a scratching post directly in front of the furniture that is being scratched. Take a good look at the surfaces of the scratched furniture and ensure that the surface of the post is covered with a material similar to those for which the cat has shown a preference. Some scratching posts are even designed to be wall mounted or hung on doors. Placing additional scratching posts in strategic areas may also be helpful for some cats. Keeping the cat?s nails properly trimmed or using plastic nail covers, are also useful techniques for some owners.

How do I punish my cat for inappropriate scratching?

All forms of physical punishment should be avoided since they can cause fear or aggression toward the owners, and at best, the cat will only learn to stop the scratching while the owner is around. Indirect, non-physical forms of punishment may be useful if the owner can remain out of sight while administering the punishment. In this way the cat may learn that scratching is unpleasant even when the owner is not present. Long range water pistols, ultrasonic or audible alarms, or remote control operated devices are sometimes useful.

Generally the best deterrents are those that train the pet not to scratch, even in the owners absence. If the surface or area can be made less appealing or unpleasant, the cat will likely seek out a new area or target for scratching, which will hopefully be its scratching post. The simplest approach is to cover the scratched surface with a less appealing material (plastic, a loosely draped piece of material, aluminium foil, or double-sided tape). Another effective deterrent is to booby trap problem areas so that either scratching or approaching the area is unpleasant for the cat (e.g. motion detectors or a stack of plastic cups that is set to topple when the cat scratches). Of course, neither remote punishment nor booby traps will successfully deter inappropriate scratching, unless the cat has an alternative scratching area that is comfortable, appealing, well located, and free of all deterrents.

When should declawing be considered?

Declawing is a drastic but permanent solution for scratching problems, but for most households the scratching post and deterrent techniques discussed previously are generally quite successful. There are some homes however, where declawing may be the only option if the pet is to be kept in the home. This might be the case where the cat continues to damage the furniture, or where the cat causes injuries to people during play or handling. Even the slightest scratch can have serious consequences (cat scratch fever) when a member of the household suffers from a severely debilitating disease. In some cases the issue comes down to whether the owner should be able to keep their cat and have it declawed, or whether it should be removed from the home. (Declawing may not be legal in some parts of Australia and New Zealand, please check with local authorities with regards to this.)

What is the effect of declawing on the cat?

Many authors have written of dire behavioural and surgical complications of declawing, but these reports are based on myths and anecdotes. In the past few years, a number of veterinary behaviourists and pet psychologists have studied the effects of declawing on the cat, the owner, and the cat-owner relationship. Some 10 scientific studies, have examined the consequences of declawing on the pet and on the pet-owner relationship. These studies show that declawing does not alter the cat?s behaviour. In fact, cats may continue to scratch furniture after declawing, but cause no damage. There is no increase in behaviour problems. Declawed cats are not at greater risk of getting bitten or injured in cat fights. Owners of declawed cats report a higher number of good behaviours than the owners of clawed cats. Except for a few days of post-surgical discomfort, quite surprisingly, the only owner concerns have been that some cats were reluctant to use the litter box when litter was replaced with paper strips. (Most veterinarians recommend that cat owners keep cats indoors and replace sandy or clay type litter with strips of paper for the first few days following declawing). This problem has now been greatly reduced by using recycled newspaper litter following declawing.

When owners of declawed cats are asked to assess the effects of declawing on the cat owner relationship, declawing always met or surpassed their expectations, and over 70% indicated an improvement in their relationship with their cat. Declawing allows people to keep their cat and stop household damage. Normally, the front claws are all that need to be removed to prevent furniture damage.